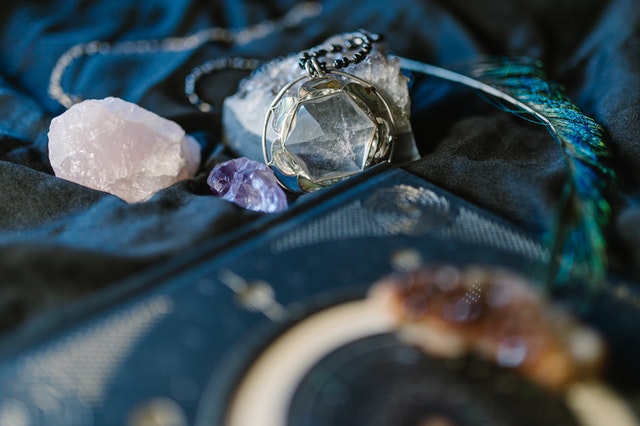 The power of crystals have been regarded time and time again, for their almost supernatural effects. The healing stones are said to have protective qualities, healing energy, and are even able to thwart off unwanted energies.

Whether you are looking to nurture positive energy in your environment, or to garner all the benefits of crystals; incorporating these powerful stones into your daily rituals will help cultivate a favorable outcome.

Below we will discuss how using crystals can benefit your lifestyle, health and wellness.

Crystals have been used for centuries for physical, mental, emotional, and spiritual healing.

For centuries humankind has collected and harnessed the value of these mineral formations. Ancient civilizations have widely been recorded to have used crystals in their ceremonies and rituals. Ancient Egyptians used crystals extensively in their jewelry as a form of protection and to promote good health.

The Vedas, sacred text from Ancient India prescribed the natural stones to help individuals transcend negative aspects of life such as ignorance and suffering towards wisdom and the unity of consciousness. [1]

Chinese Medicine also extensively covers the use of crystals in organ healing practices, with instructions on placement, and effects of every type of crystal on different parts of the body.

Using crystals may not just be for the ethereal practices. Even, modern-day celebrities like Victoria Beckham admitted that she has a traveling collection of crystals, that she uses backstage before her fashion shows. The Queen of England’s crown boasts a 170-carat Spinel (similar in appearance to Ruby) right on her third-eye chakra, which is said to protect from calamity and poison, the wearer should be endowed with power, courage, and bravery. 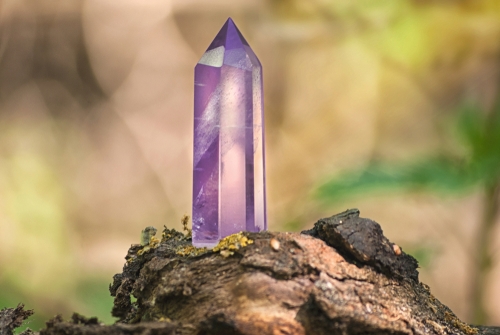 Why are these objects so captivating?

Besides their interesting composition and appearance crystals are thought to have a vibrational energy that can heal and enlighten.

As an alternative therapy, the use of crystals can prove to have positive outcomes for those who do not see results with traditional medicines.

Crystals are an amplifier of energy, emotions, and thought.

Crystals have also been linked with some interesting phenomena. Individuals who meditate with crystals state that they feel a tingling sensation in their bodies when they work with crystals in a spiritual context. Many individuals believe this tingling sensation is caused by the crystal harnessing the energy it is surrounded by, and amplifying the energy even further through its own bio-electric fields.

Over time scientific findings have noted that wearing certain gemstones on the body can increase the free flow of oxygen through blood serum; this makes the wearer feel more energized. This practice can be done through massages with crystal tools, and/or by the placement of crystals that draw energy or attract energy from the body to its bio-electric field.

Crystals are identified as having metaphysical powers due to the effect they have on the human body, mind, and spirit. The crystals’ energy can help an individual focus their thoughts to make better choices for themselves. Furthermore, the effects can possibly rewire any previous programming if used intentionally and regularly.

Whether you use the energy in a productive way, with intention or without, the mineral formations will contribute to some effects. Just the awareness of the crystals alone can serve as a reminder of the changes you would like to see. 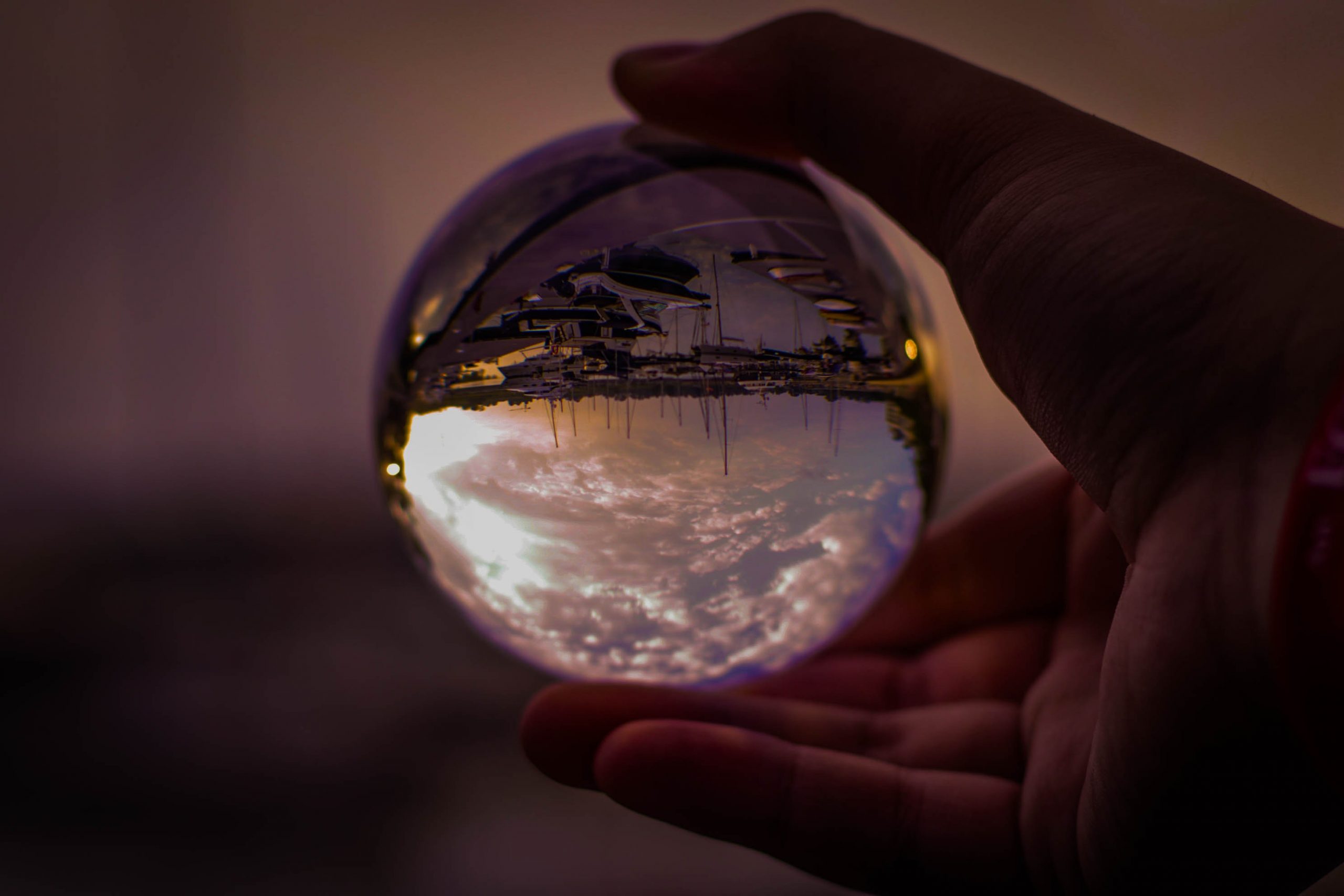 In many cases, using these stones is said to provide clarity of thought, which is now a common problem people face. Some stones are used to clear negative energy, helping move individuals towards positivity. Crystals allow a person to achieve a balance between heart and mind, which is very important in Spirituality.

In crystal mysticism, it is believed that the atomic structural composition of the formations can react with our bio-electric fields. This coincides with the concept of the chakra meridians that permeate from our bodies. Altogether, with pure intention and clear thoughts, the magnitude by which changes can occur is increased significantly. For example, using the rose quartz crystal, which coincides with the heart chakra, can resonate with the matters of love and tension; inducing feelings of love and harmony. 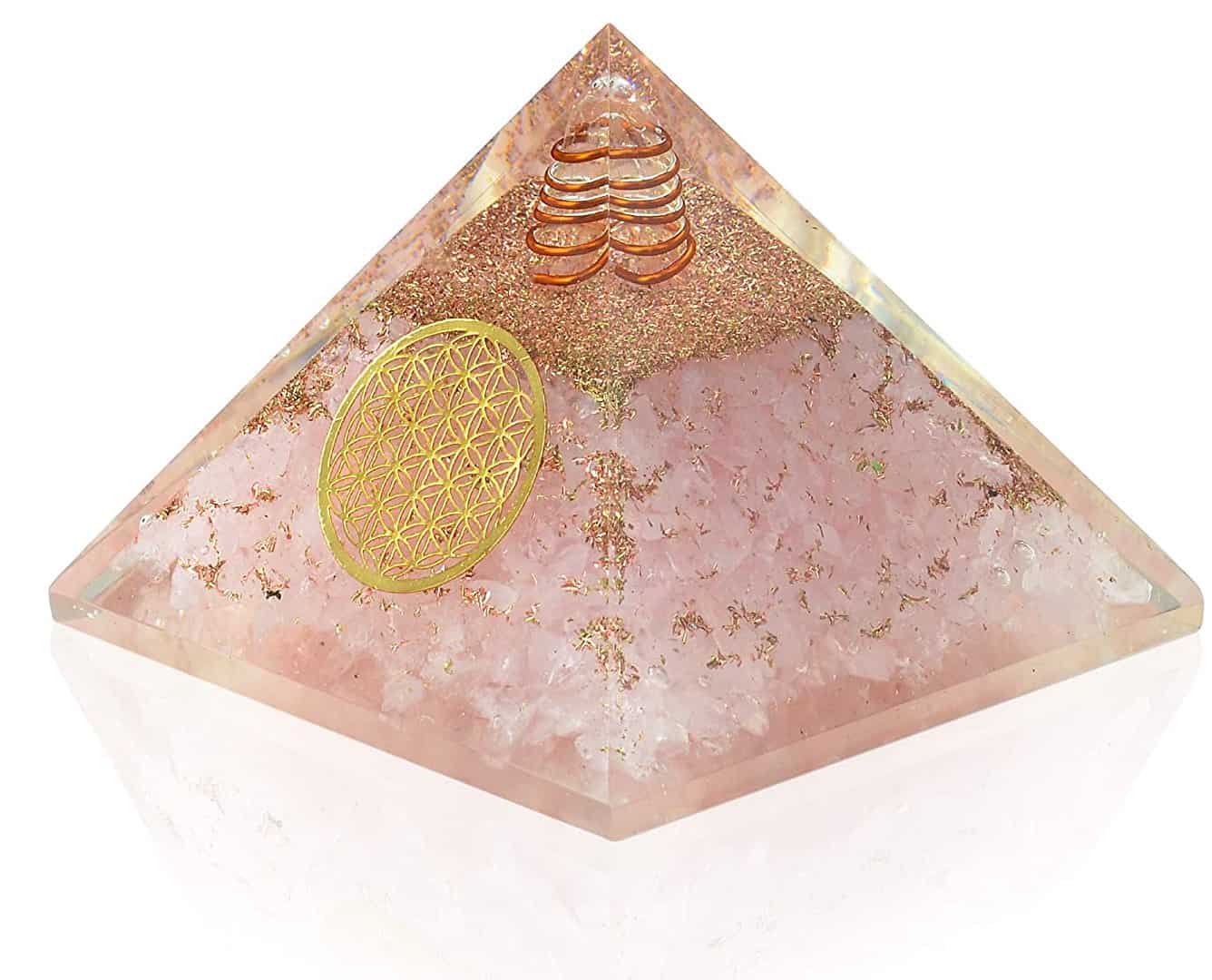 Ideal for Outside Home 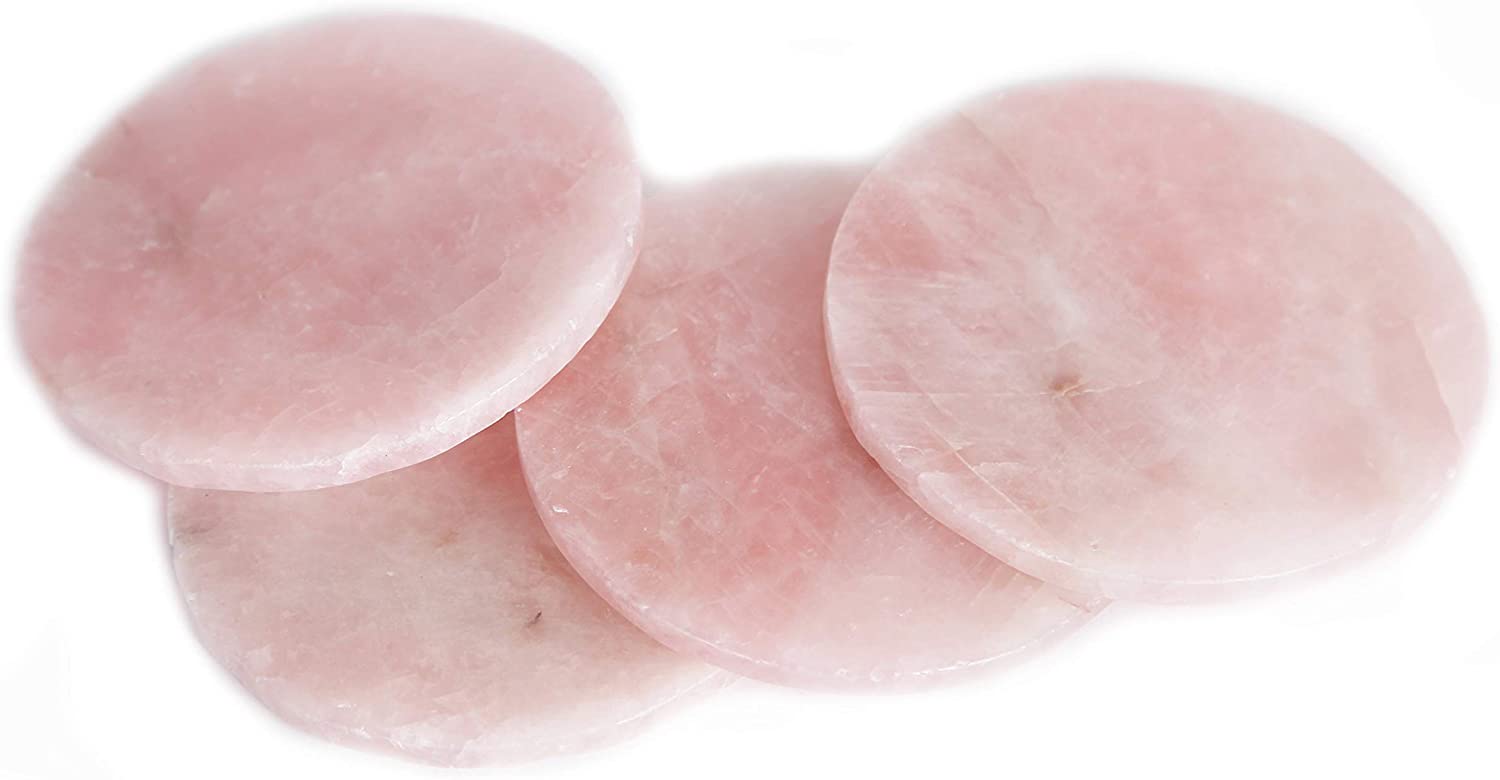 Crystals can be used in many ways; discover your own favorite crystal uses!

Incorporating these mineral formations into your daily routines could be beneficial in your quest for spirituality and transcendence.

Start by using crystals in any of the following rituals to help develop and harness the power of these natural stones. Though utilization varies depending on which crystal or minerals you are using, there are some general guidelines to follow. The following information will give you insight into how to best utilize this powerful resource:

Some ways you can place your natural stones

Crystals can be programmed to amplify positive or negative energies depending on the intent behind their use. Focusing on the positive will yeild far better results, and promote a better world for all of those you love. You can use your crystals:

This is certainly not an exhaustive list of ways to use crystals. Please feel free to find creative and unique ways to incorporate this resource into your life. Energy flows where attention goes so be sure you are giving the crystal the attention it deserves! Always remember that with every stone comes intuition which helps us understand how best to utilize them! 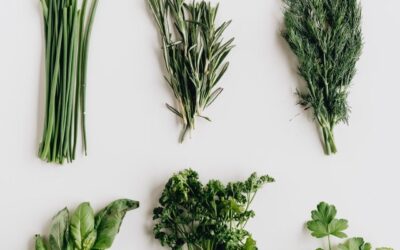 Top 7 Most Useful Herbs in Apothecary

Table of Contents Top Seven Most Useful Herbs in an Apothecary The Use of Herbs Arnica Chamomile... 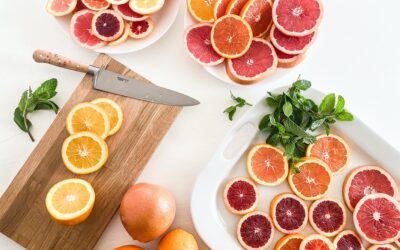 Phytochemicals and a Chromatic Diet

This article is the continuation of Chromatic Diets - Foods with Phytochemicals. This article... 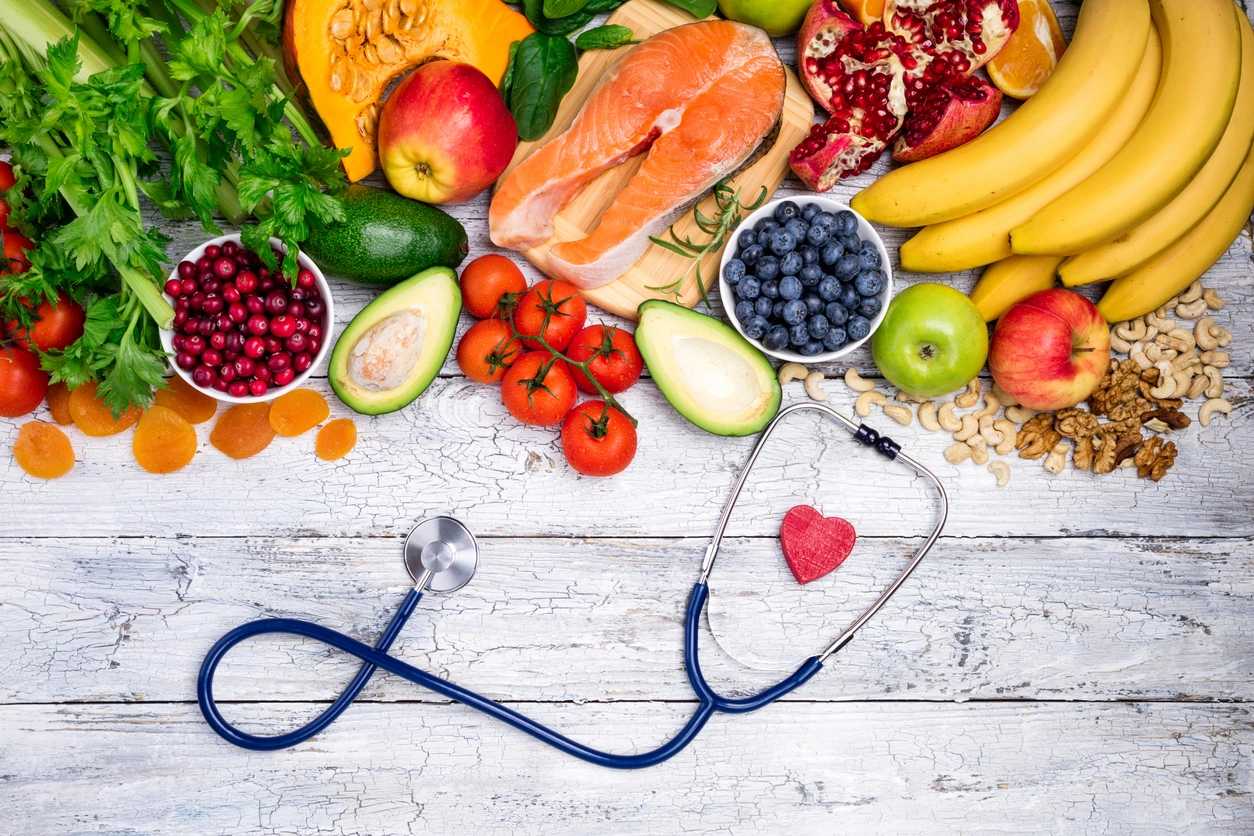 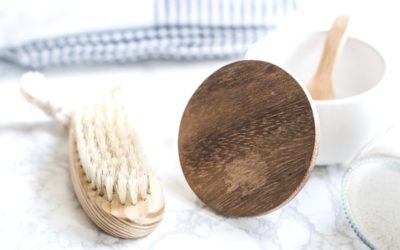 Why Dry Brushing is Good for the Skin