Carrier Oils | What is a Carrier Oil? | Coconut Oil | Almond Oil | Jojoba Oil | Sesame Oil | How to Use Carrier Oils

Several types of plants have been cold pressed over the centuries, such as the very common olive oil, the popular argan oil, to the rare pomegranate oil. A lot of the time they have been used as dry skin remedies but can also treat a wide variety of skin conditions.

In general, there are two types of oils: carrier and essential (this oil has therapeutic properties). Carrier oils are used for their mild scent, warmth and texture. If kept in proper storage, most carrier oils will have a shelf life of at least six months.

Carrier oils tend to have have high levels of essential fatty acids such as Omega 3 (alpha-linoleic acid) and Omega 6 (linoleic acid) and a full spectrum of vitamins. Because of the nutrient-rich benefits that carrier oils provide, the use of mineral oils, such as petroleum jelly can be considered as an unreliable source of nourishment.

What is a Carrier Oil?

Carrier oils such as olive oil, avocado oil, sesame oil, grape seed oil, and almond oil are generally derived from cold-pressed nuts, trees, and/or plant material. Carrier oils are used predominantly in the culinary industry, as well as the beauty industry and may have many more industrial applications.

For individual use, carrier oils may be used in cooking (ingested), for moisturizing (body oil applied topically), or for diluting other more concentrated oils such as essential (volatile) oils. Sourcing organic carrier oils is especially important for people who may have sensitive skin.

To form your own apothecary, you can start off with ingredients you already have and continue collecting more, as needed. Below are examples of some popular carrier oils and their benefits that would be ideal to have in your home apothecary.

Most people have coconut oil in their kitchen pantry. This carrier oil has a multitude of benefits that have been renowned by every healthcare company and beauty expert within the last decade. It can be used on the skin to moisturize dry patches or help with eczema because of its antimicrobial properties; which will kill off any bacteria. Oftentimes people who have food allergies are able to tolerate unrefined coconut oil as part of their diet thanks to this oil’s anti-inflammatory properties. Cold pressing fresh coconut meat makes batches of  unrefined coconut oil. It is unrefined and retains most of its beneficial nutrients; making it one of the best natural carrier oils. Coconut oil is a favorite for many, it’s moisturizing, tasty, and also has a higher smoke point than other oils which means you can cook with this carrier oil at high temps. Ingesting unrefined coconut oil can help with immunity against several kinds bacterial infections such as candida, and also help improve digestion by increasing the bodies metabolism. There is also fractionated coconut oil that is used for skin-care related applications. Fractionated coconut oil goes through a refinement process to remove contaminants and the distinct coconut aroma flavor. Learn more about Coconut Oil here (link currently unavailable). 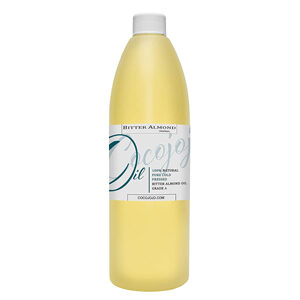 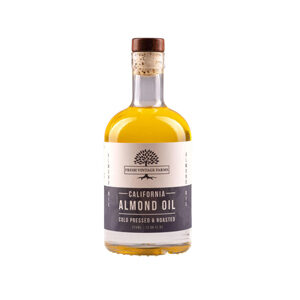 This carrier oil is made from pressed almonds that provide many beneficial nutrients such as: Vitamin E and monounsaturated fats. Almond oil is not only great at reducing inflammation on contact with skin cells but also highly effective at removing makeup without leaving residue behind! There are two types of almond oils: Bitter almond oil is generally used for hair, skin, and nails. In addition to its great scent, almond oil also provides a relaxing sensation when applied topically because the fragrance contains linalool–a chemical naturally found in lavender. Almond oil is also a light weight alternative base for lighter massage blends. Many massage therapists use these blends because of their neutral scent and oily consistency, it is absorbed by the skin fairly well so it’s great for all skin types. Sweet almond oil is more commonly found in the kitchen as it has a light, nutty aroma and flavor that can be used for cooking and flavoring food while bitter almond oil should not be eaten as it could be considered poisonous. This carrier oil should be refrigerated if not consumed immediately after opening due to oxidation of the fatty acids when exposed to air over time. Not all carrier oils are created equal however; some people experience mild allergic reactions such as dermatitis when using this oil. A kitchen staple with countless uses from cooking to beauty remedies! Learn more about Almond Oil here (link currently unavailable). 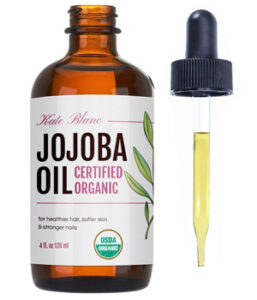 Jojoba oil is a plant-derived oil that can be used as both an emollient and preservative. Jojoba oil has a very similar chemical composition to our natural sebum, which means it may have the potential to reduce or eliminate acne breakouts by preventing clogged pores from forming. With its skin softening and beneficial properties, you could have healthy skin in no time. It can also be used as a conditioning hair treatment that will leave your locks feeling smooth and shiny. Jojoba is high in antioxidants making it great for preventing free radical damage on contact with skin cells. The only downside? If you don’t live somewhere hot, jojoba may solidify when exposed to colder temperatures; so keep this carrier oil at room temperature if possible! Learn more about Jojoba Oil here (link currently unavailable).

The sesame plant not only produces an edible seed but the seeds are used as a cooking oil too! Sesame lends itself well to being diluted in water or used as part of curries or stir fry dishes. As a carrier oil however, this little powerhouse provides deep hydration while leaving skin soft and supple. The scent of sesame oil is a little dense, and would be better if combined with an aromatic essential oil. On the other hand, Toasted Sesame Oil has a pleasant nutty aroma that can also be great for topical application as there is a warming and calming sensation. In Ayurveda, Sesame Oil is used for many different ailments and primarily as a massage base. Learn more about Sesame Oil here (link currently unavailable).

How to Use Carrier Oils:

Carrier Oils are primarily used to dilute the more viscous plant material such as essential oils and tinctures to be absorbed into your skin easier.

Carrier oil is also good for moisturizing dry patches on your body (especially during winter). You may have noticed that most body care products will include one ingredient of either an avocado, almond, sesame seed/oil or olive oil in their ingredients list – this is usually there solely because it makes up the majority of these types of products!

As you add your carrier oils to your home apothecary, you’ll want to keep in mind how you plan on using the oil going forward. For example, if you would like to manage the appearance of stretch marks over the course of your pregnancy, you will most likely need to use Shea Butter Oil; or, if you would like to use a clean one-ingredient body moisturizer that is light and not sticky, then you would need a Jojoba Oil handy.

Be sure when purchasing any of these carrier oils that they are organic, cold-pressed and come in dark bottles to protect them from going rancid.

Visit our Catalog of Carrier Oils to learn more about all the different kinds of cold-pressed oils that can be used in your home apothecary.